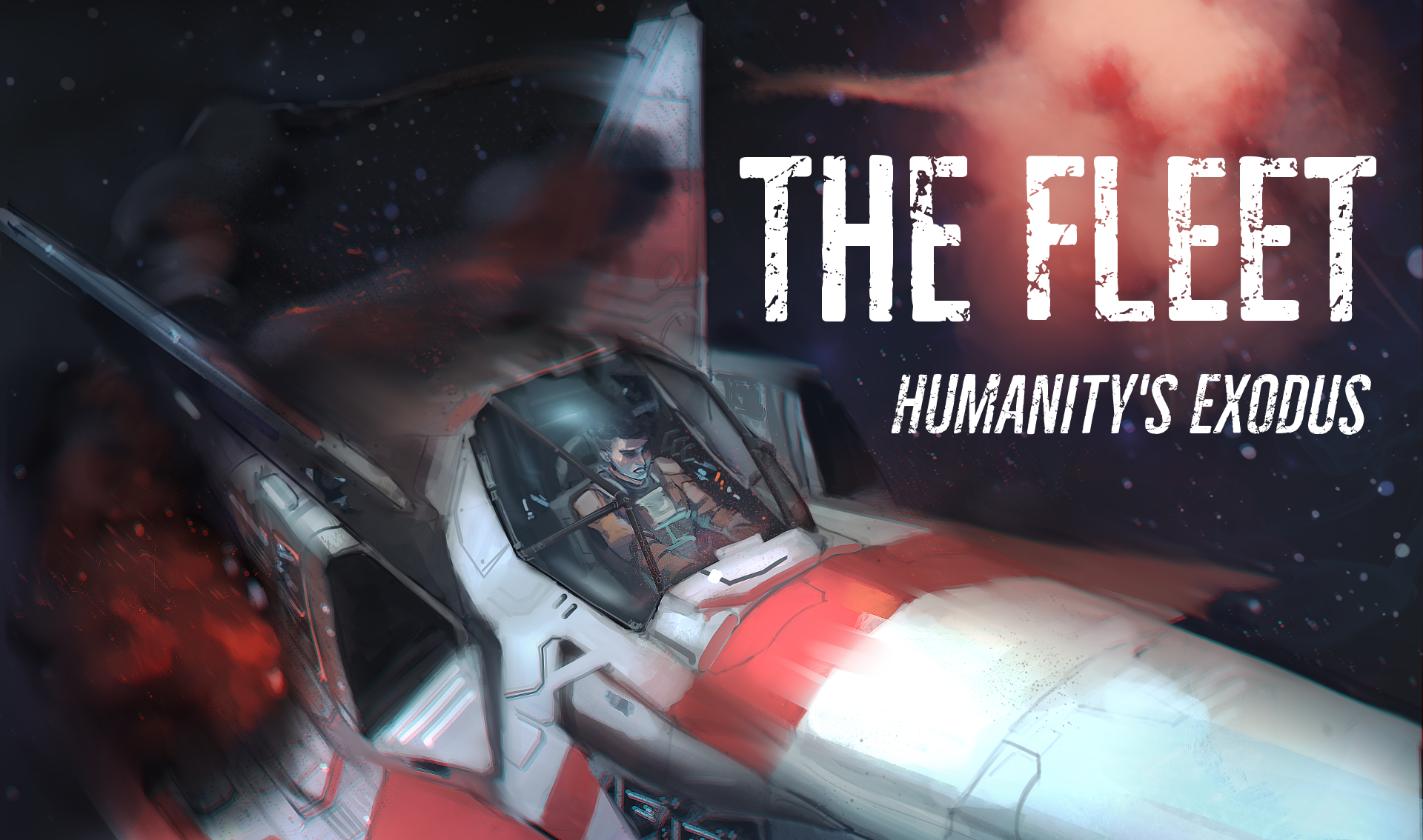 Powered by the Apocalypse

The Fleet is a sci-fi roleplaying game where you play pilots aboard Forward Base Osiris: the last human colony in the universe. The Earth has been ravaged by the all-consuming Hivemind, forcing humanity to flee into uncharted space in search of a new home. It's up to you and your fellow pilots to lead the fleet on a galaxy-spanning quest to escape the Hivemind before it’s too late.

The Fleet leverages the Apocalypse World engine to deliver character-focused stories that put the fate of humanity in the hands of the players. In each game, 2-4 players choose their callsigns and play as pilots, while one player acts as the Master of Ceremonies (MC). It's the MC's job to make the pilots' lives interesting and to give personality to the officers, crew, civilians and robots who the players will encounter during play.

Get notified when The Fleet launches!